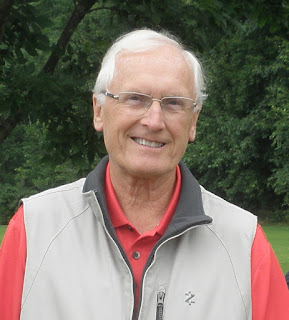 Robert Anderson hadn’t yet graduated from Trident Technical College when he was offered an IT job with the local bank in his Pennsylvania hometown. The year was 1966, and the job was a systems analyst on an IBM mainframe computer located at another company.
The other company was 23 miles away.

“In those days, a computer was a major investment, and it was common for businesses to share computing time,” said Anderson.
If something went wrong with the program - which could happen at any time, in any weather -  he would drive to the computer center, debug the program and stay to make sure the bank application finished and the bank's customer accounts were up to date the following morning.

“Roads could be very slippery; there was this one hill that my car would sometimes slide back down,” he laughed.

Anderson wasn’t sure what he wanted to do when he graduated from high school, so he decided to join the Air Force. He was stationed around the country and in England, from where he toured much of Europe. His last assignment before leaving the service was at the Charleston Air Force Base in 1964; the same year Trident Technical College opened its doors.

Anderson had developed an interest in computers when he decided to enroll at Trident Technical College, then called Berkeley Charleston Dorchester Technical Education Center (BCDTEC). He was able to take computer science classes for $36 per quarter, thanks to a federally funded job training program. He worked at the Charleston Navy Base as a data processer one summer and was one of the college’s first graduates in 1966.

“There was no cafeteria at that time, so I used to eat my lunch in the car and listen to Paul Harvey on the radio,” he recalled.
When Anderson informed the director of BCDTEC that he was offered a job out of the area, he told him he felt guilty about it because he knew the mission of the college was “to put people in jobs here in South Carolina.” The director told him not to worry about it and take the opportunity.

“My education at the college was the best investment I ever made,” he said. “TTC can prepare someone to step right into a job.”

His bank employer used the IBM mainframe computer to process savings and checking accounts. Anderson’s job was to write programs to support that process. He would start with flow charts and code on paper, and then keypunch IBM cards and then translate into IBM language. The bank also provided programming services to small, local businesses for accounts payable and receivable. With the eventual arrival of personal computers, most companies purchased their own computers and software to run their operations, and he was glad to be able to concentrate solely on the bank’s applications.

Anderson worked for 34 years at the bank, eventually earning the title Executive VP of Management Information Systems. Through the years, his department grew from one person to 26 programmers, computer operators and couriers. He retired after seeing the bank through 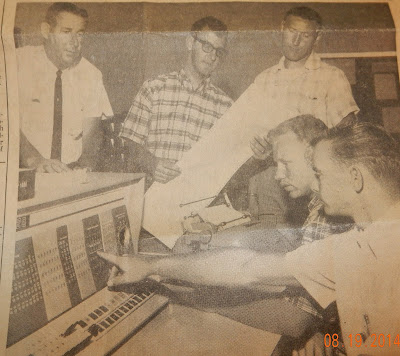 the Y2K scare when it was expected that a programming shortcut would cause extensive havoc as the year changed from 1999 to 2000.

After retiring, Anderson and his wife, Nancy, spent much of their time with their children and grandchildren. He and Nancy split their time between their home in Florida and their home in Wellsboro for 20 years, enjoying friends, grandchildren and playing golf. Nancy passed away in 2019.
Robert had always planned on giving back to the college. After hearing about the Student Urgent Needs fund, which provides one-time funding for students who have an unforeseen financial emergency that may cause them to drop out of college, he needed no convincing.
“Given the challenging times today’s Trident Tech students are facing, now is the time for me to give back to the institution that gave me so much,” said Anderson.

With the help of the college, Robert has reconnected with three members of his graduating class. He has plans to return to campus on one of his future trips to Florida and we look forward to welcoming him back.

She works at the Medical University of South Carolina (MUSC) and had been a supervisor at the drive-thru testing site from day one. She was reluctant to leave the team she had grown very close to as they faced suc…
Post a Comment
Read more