New Laptop is a Game-Changer 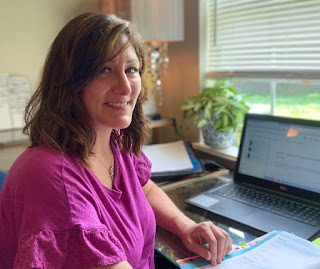 When life throws you one challenge after another, you start to appreciate the small wins.
For Trident Tech student Kristi Salvo, receiving a new laptop through the Student Urgent Needs (SUN) fund was a game-changer.
Like students across the country, Salvo’s in-person classes were abruptly switched to an online format this spring due to COVID-19. But she knew her older computer couldn’t keep up with the online demands and she couldn't afford to buy a new one.

“I was already dealing with a lot and it felt like this was going to be the thing that would break me,” she said.

Salvo, a veteran of the US Air Force, struggles with health issues, including a back injury and a severe autoimmune disorder. In March, she and her husband separated, leaving her to juggle the responsibility of being a student, while also being a teacher to their two young children. All this, while trying to stay healthy and safe during a global pandemic.

After Salvo and her children moved into a smaller, more affordable apartment, she decided to change her major, rethinking her original plan to take business classes and transfer to a four-year college. She made the switch to a program that would allow her to graduate and begin her career much sooner, choosing to enroll in the Pharmacy Technician program.

Salvo said she immediately knew it was the right choice.

“It is a really cool program with great instructors, and it turned out to be the perfect fit for me,” she said.

But she was distraught when she realized she needed a new computer and didn’t know where to turn for help. She mentioned her predicament to an instructor, and he referred her to the TTC Foundation.

She learned about the Student Urgent Needs fund, which was formed in 2010 to assist students who have an unforeseen financial emergency that would otherwise prevent them from continuing their studies at Trident Tech.

Salvo was not going to be able to continue classes if she didn’t have a computer. With the help of Frank Morea, Director of Counseling, she applied. 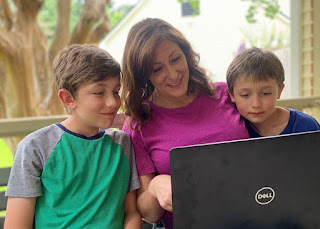 Morea coordinates requests for the SUN fund, with referrals coming from faculty and staff as they encounter students who need assistance.

“Our students already face challenges, and the fund has helped many of them stay enrolled through the years. The current situation has created more challenges for students making it especially difficult to anticipate the need,” said Morea.

After her application was approved, Salvo became the first of 15 students to receive a new laptop through the SUN fund. The Foundation recently received a grant from the Coastal Community Foundation of South Carolina, specifically for the purchase of laptops for students in need of access to a reliable computer for coursework.

Salvo received her laptop just in time. She had just learned that her old computer would not work for a scheduled test.

“I still can’t believe the timing. I am so grateful to the TTC Foundation, Coastal Community Foundation and everyone who helped me,” said Salvo.

Make a gift to the TTC Student Urgent Needs Fund.

She works at the Medical University of South Carolina (MUSC) and had been a supervisor at the drive-thru testing site from day one. She was reluctant to leave the team she had grown very close to as they faced suc…
Post a Comment
Read more