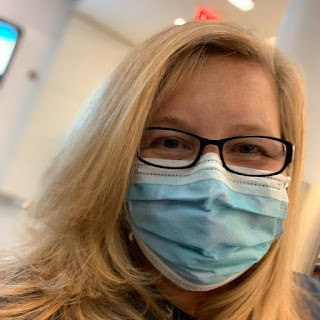 She works at the Medical University of South Carolina (MUSC) and had been a supervisor at the drive-thru testing site from day one. She was reluctant to leave the team she had grown very close to as they faced such tremendous uncertainty together, coordinating the very first COVID-19 testing center in the state.

“We quickly banded together to create this amazing team. Everyone started calling me mom because I took on a leadership role out there,” she said.

The first night Kelly worked in the ICU at the small Long Island hospital, which was designated for COVID-19 patients only, she lost her first patient.

She almost turned around and went home.

“I’ve seen some pretty sick patients, but this was very different,” she said. “I realized very quickly that I wasn’t going to have many successes.”

It was very different indeed. One of the first things that took her by surprise when she arrived was that all the patients on ventilators were turned onto their stomachs. Kelly knew that it was better for oxygenation, but she said, “It threw me for a loop to see all of them that way.”

And although the hospital was so full that they had to put some patients in the cafeteria, it was eerily quiet everywhere you went because visitors were not allowed.

She quickly found out that everything she had learned in nursing school and in her career about disease protocol did not apply, from the length of time patients stayed on the ventilators to the number of medication drips they needed to stay sedated. The patients were so sick that Kelly felt like everything she and her teammates tried to do turned out to have the opposite effect.

“It was frustrating,” she said. “We just wanted to make them as comfortable as possible.”

The protective gear didn't make it any easier. Kelly said she doesn’t mind wearing it but doesn’t like how it takes away the human touch, which she thinks makes a tremendous difference in the patient experience.

“It is the little things that we can’t do now that mean so much: holding their hands, rubbing their heads or even just a smile as I walk by,” she said.

Kelly was the first in her immediate family to graduate from college, and that was after she spent 17 years raising her three children. She always felt the call to nursing but didn’t think she was mature enough to handle it when she was younger. But after raising three kids, she felt like she could take on anything, and once she got started in her classes, she knew she made the right decision.

“My TTC education made me the nurse I am today. It gave me the confidence to ask the right questions and properly care for my patients,” said Kelly.

She said one of the toughest things she has ever had to do was FaceTime dying patients’ families so that they could be “with” their loved ones in their last moments.

“It was very emotional, but because of my great instructors at TTC – who had faith in me when I did not - I was able to handle those encounters with professionalism and compassion," said Kelly.

Kelly is back at the MUSC drive-thru but continues to think about the patients she lost and wonders how their families are doing.

“I don’t talk much about my experience. Some of it feels too personal to share and I have cried quite a bit,” said Kelly.

Going to New York had a profound effect on her and she is grateful for the experience but Kelly is very happy to be back with her family and colleagues.

“Mama is back home with her chicks,” she laughed. 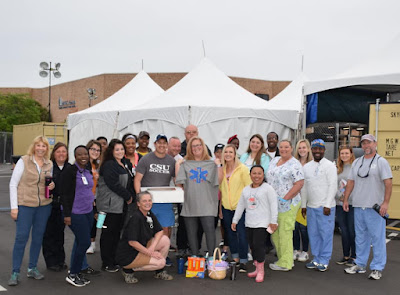